Over the years the conservation and restoration  of many important wallpaintings - dating from the middle ages until the 20th century – have been carried out by SRAL. The materials and techniques employed by artists have changed considerably during the centuries, and naturally the conservation issues vary greatly in relation to the original technique. Unfortunately only fragments have been preserved from wall paintings dating from the middle ages and the renaissance, due to their considerable ,age and the fact that they were often later concealed with white wash. Furthermore degradation of the paint’s binding medium can cause powdering and loss of the paint layer leaving a thin and fragile representation .

In the 17th and 18th centuries figurative and decorative interiors were usually painted on canvas or wooden supports. This is why wall paintings from this period are relatively rare. If we do encounter them, they are usually executed with linseed oil and over the course of time have been repeatedly covered with layers of varnish. The yellowing of these varnish layers – a result of ageing processes – changes the tonality of the colours. In addition, these non-original varnishes can render an unintended and exaggerated gloss to the paint surface. This is why, when approaching conservation issues of such art works, the expertise of wall paintings conservators as well as easel paintings conservators is necessary: two specialisations which are both present at SRAL.

Increasingly, in the course of the 19th century many buildings were richly decorated with colourful, stylised and stencilled designs, sometimes including figurative elements.  Examples hereof can be found in the neo-gothic church interiors, and the elaborately painted ceilings of late 19th century public buildings as well as private houses. Often the treatment of such paintings includes the removal of considerable dirt layers - emanating from heating with natural fuels - and the consolidation of losses/delaminating paint. We also see a lot of paintings that have been overpainted in the past. The question then is whether the original can be uncovered, or whether a reconstruction may be a more feasible option. The latter was a choice made, for instance, when SRAL treated the interior decorations in the Rijksmuseum in Amsterdam designed by Pierre Cuypers.

Also with regard to 20th century wall paintings SRAL has the necessary expertise in house. Many paintings from the inter-war period and the post-war period have been restored by SRAL. Also a contribution has been made to the publication ‘De genade van de Steiger’ by Bernadette van Hellenberg Hubar.  More information can be found on the ‘Restauratie van Muurschilderingen uit de twintigste eeuw’. 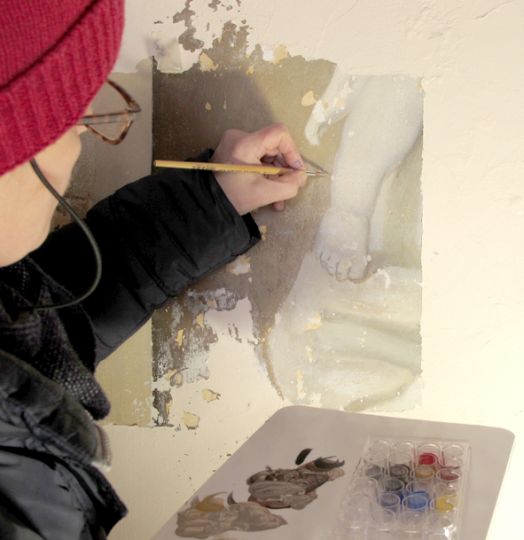 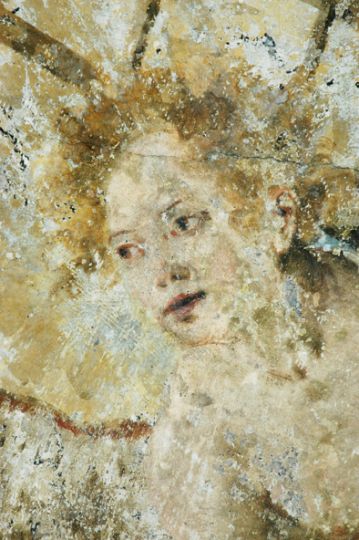 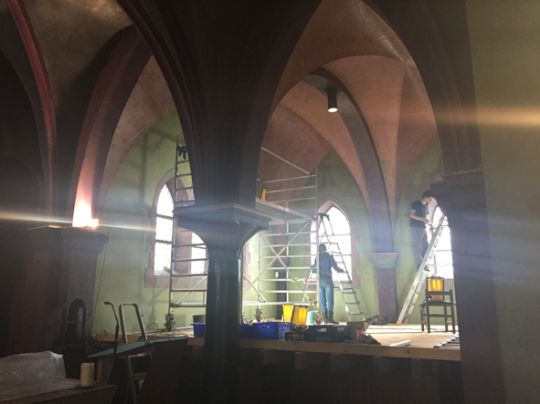