The early sixteenth century sacramenthouse or ‘theoteca' in the Basilica in Meerssen has undergone many changes over the past centuries. This unique late Gothic tower was examined by SRAL conservators prior to its restoration. The just over twelve metre high sacrementhouse made from stone stands on four protruding, profiled base elements on a hexagonal floor plan with four reclining lions. It is composed of various 'floors', which are tapered at their top and bottom. The neo-gothic character is reflected in the many pillars, niches and baldachins decorated with pinnacles and tracery. The paintwork of the individual statues was microscopically examined and cleaned in the studios in Maastricht. Under a thick layer of dirt subtle colours could be seen which had been applied in the early twentieth century in the workshop of the brothers Ramakers. Examination of the tower itself revealed that it had been completely overpainted at least four times in the past. 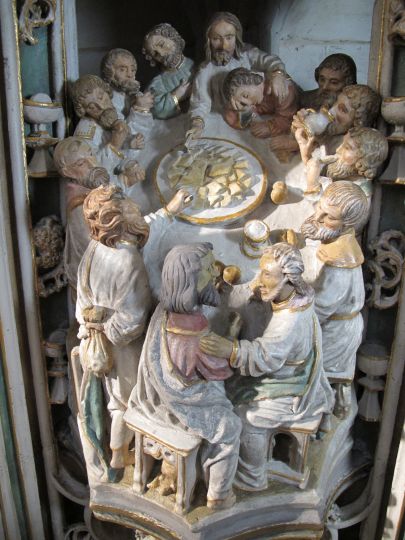 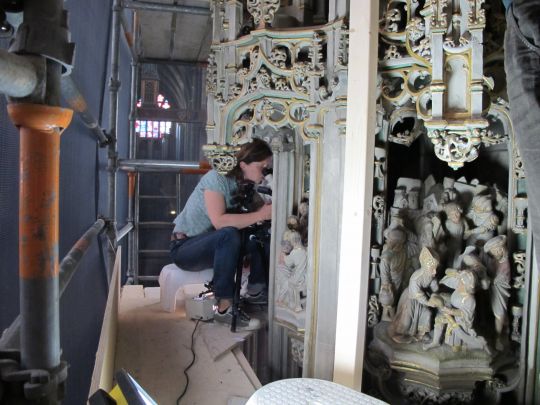