A few years ago, in the attic of the rectory in Oostrum (North Limburg), four parts of a 19th-century retable were found. Once the retable had served as the main altar in the Onze Lieve Vrouwe van de Geboorte church in Oostrum. Their discovery was a surprise. It can be assumed that the parts of the retable had been hidden away in the attic for quite some time due to the thick layer of dust, dirt and debris in which they were covered. The four casings house groups of sculptures and two of them bear paintings on the reverse. The retable was made at the end of the 19th century in the studio of the renowned architect Pierre Cuypers in Roermond.
Examination revealed that besides gold also platinum leaf was used for the attire of the sculptures. This was an extraordinary discovery, as this material had so far not been encountered on 19th century carvings. Research into the use and application of platinum leaf in 19th century sculpture making is ongoing. 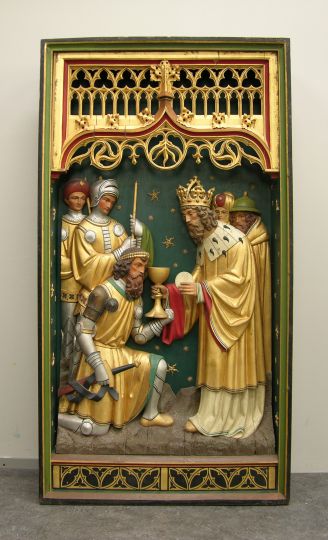 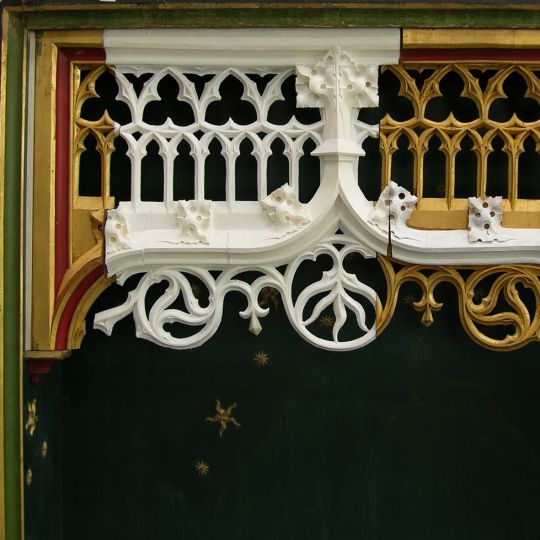